Miley Cyrus Is A Proud Pansexual, For Those Of You Keeping Score At Home

Miley Cyrus is an out and proud pansexual, according to a new interview with Elle UK. On the heels of her comments to PAPER Magazine earlier this summer about her fluid sexuality, Miley finally goes on record to confirm that she’s pansexual:

I’m very open about it – I’m pansexual. But I’m not in a relationship. I’m 25, I’m going on dates, but I change my style every two weeks, let alone who I’m with.

Her free-wheeling, devil-may-care, Happy Hippie, animal suit-wearing shtick feels genuine enough, and her open appreciation for gender and sexual fluidity is great. It’s fascinating to watch a young woman figure her shit out in such a showy way, and for someone who was raised by a man who wrote a song called “Achy Breaky Heart,” she seems to be relatively well-adjusted. If only she’d put some effort into evolving her ‘tude towards women of color speaking their truth… 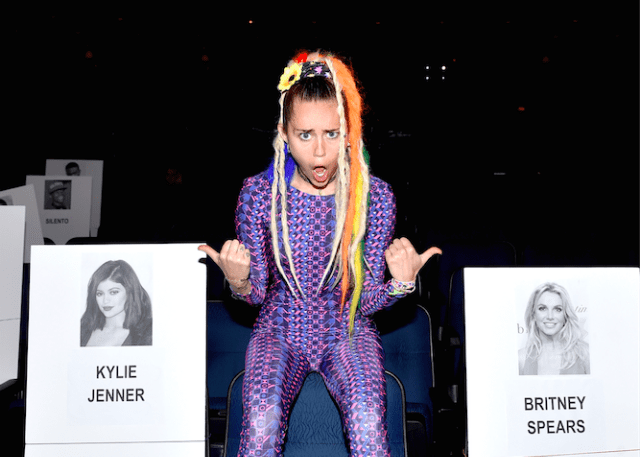 Miley is slowly climbing out of the mire of her grills-and-Bulls-jersey-as-dress phase, but it’s fair to still be wary. Now, let’s see how she handles the VMAs on Sunday. [Elle UK]