Home/Entertainment
23, Sep 2018 2 Comments 69126 Views
It is no longer news that even as much as fans missed the super star pop group, the brothers seem to have moved on with their individual careers. 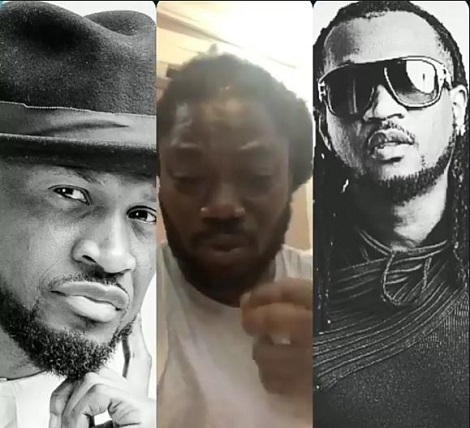 Popular singer, John Asiemo, aka Daddy Showkey, recently posted a video on his Instagram page in which he begged artistes and twin brothers, P-Square, to re-unite. According to Showkey, he saw that P-Square came together in a dream and he believes it’s something that will soon come to pass.

When Sunday Scoop reachedout to the ghetto singer to find out if he had actually done anything to bring the twin brothers together in the real world, he replied in the affirmative.

He said,“It is true that I dreamt about P-Square’s reconciliation and I am working on it. I believe in the process through which the revelation came and I am sure that something will come out of it. It is something that I’m very emotional about.

t is not really an issue I want to discuss with anybody until I know what I’ve achieved in my quest. I really love those boys together and I believe they still have a great future together. I don’t want to talk much about the moves I’ve made but when the results begin to show, it would be obvious to everyone.”

Lending his wealth of experience to artistes (especially groups) on how they can stand the test of time, Showkey said,“Just like in every other area of human endeavour, it is normal for people to fall out with one another. It all depends on the individuals involved and how they manage their differences. You may stop doing business with someone but you don’t have to become enemies. For you to last in the entertainment industry, you have to be consistent, original and stay true to what you believe in.”

It would be recalled that the Psquare brothers disbanded due to irreconcilable differences and have sinced moved on, chasing their individual music careers.