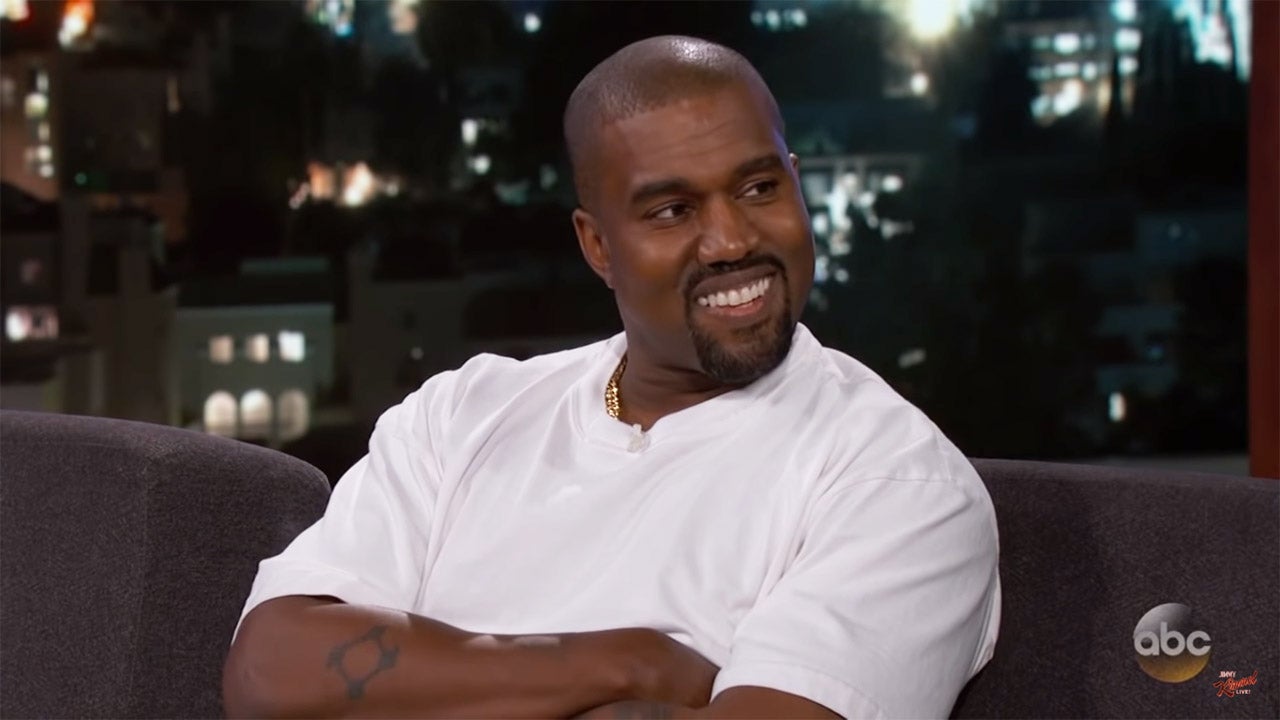 Kanye West has a new collab going on -- and it’s not what you’d expect!

The event, which was live streamed in VR, also served as the debut of West’s latest song, “I Love It,” with Lil Pump. The NSFW, Spike Jonze directed video for the track also premiered. The video features West and Lil Pump in boxy, Yeezy clothes while walking through a hallway that’s lined with naked women. The explicit video -- alongside the very NSFW lyrics -- also features Adele Givens.

In addition to dropping new music, West was heavily involved in the behind-the-scenes aspects of the show, which was set in the year 6918. The dad of three teamed up with his long-time collaborator, Willo Perron, who handled the show’s production and lighting design, while West took charge of the makeup and wardrobe styling -- through his Yeezy line -- for the show’s presenters.

Additionally, West released a NSFW line of t-shirts, which feature the winners names alongside explicit paintings. West also contributed to the design of the award statues, which were modeled after imagined alien sex toys, in keeping with the futuristic theme of the show. The “Yikes” rapper tweeted the NSFW images of the shirts and statues on Thursday and Friday.

In the sit down, West went on to describe his favorite categories on the website. When Kimmel told him, “You don’t have to go into this,” West replied, “What’s the point of being Kanye West if you can’t?”