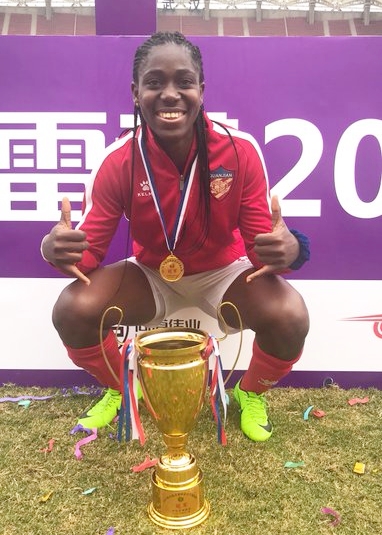 African Female Footballer of the Year and Nigerian Super Falcons striker, Asisat Oshoala, has won the Chinese Super League this season with Dalian Quanjian and was the highest goal scorer in the league with 12 goals. 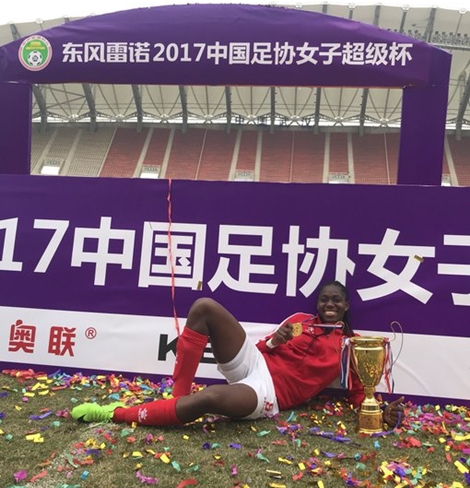 She took to Twitter earlier today to celebrate the victory. 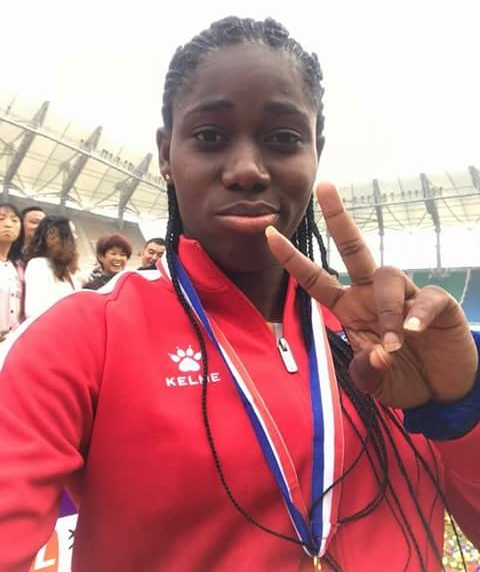 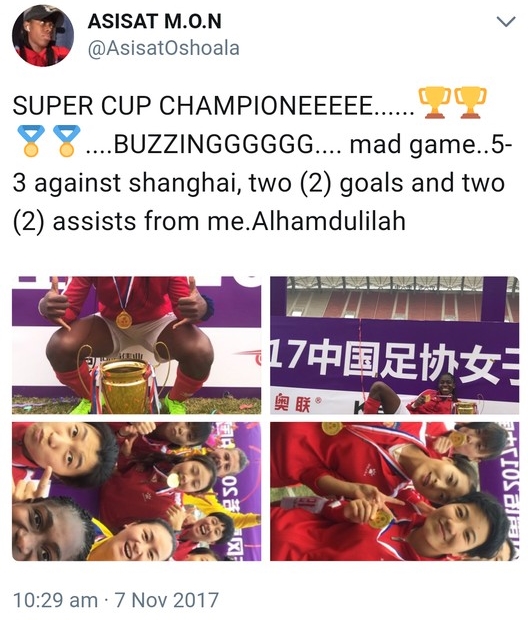