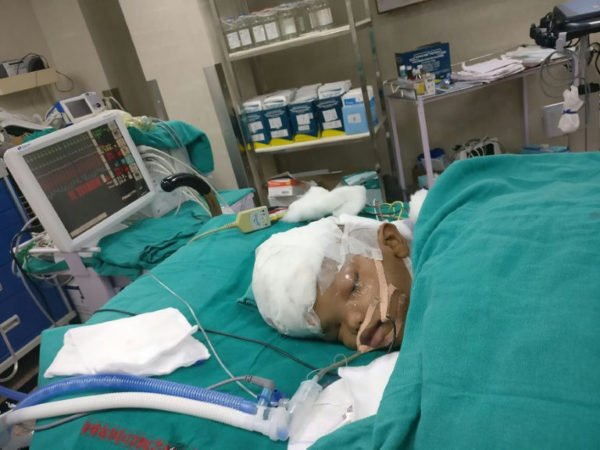 Doctors in India have successfully separated conjoined twin boys who were attached at the skull in a marathon surgical procedure that lasted more than 36 hours and involved 40 doctors.

The two-year-old twins, who suffered a rare condition occurring once in about 2.5 million births, underwent the operation at a government-run hospital in New Delhi on Wednesday.

“It was a team work of 40 doctors, 20 nurses and many other paramedical staff. Without their help this would not have been possible,” the All India Institute of Medical Science hospital said in a statement.

One of the surgeons involved said the most challenging aspect was repairing the holes left in the young boys’ heads after they were separated.

They had undergone the first phase of the separation surgery in August.

“The most challenging job after the separation was to provide a skin cover on both sides of the brain for the children as the surgery had left large holes on their heads,” said Maneesh Singhal, a plastic surgeon who was a part of the operating team.

“The skin was generated from the expansion of two balloons which were placed inside their heads during the first surgery in August,” Singhal told AFP on Friday.

One of the twins after the operation“The next step will be reconstruction of their skulls,” he added.

Conjoined siblings are identical twins who are born with their skin and internal organs fused together, according to the University of Maryland Medical Centre website.

About half are stillborn, and the survival rate is between five and 25 percent.