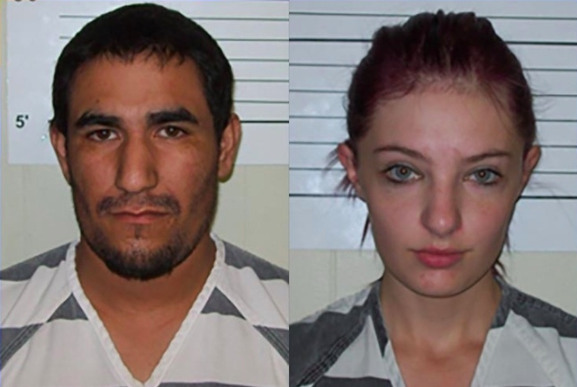 An Iowa couple, Cheyanne Harris, 20, andZachary Koehn, 28, has been charged with the murder of their 4-month-old infant son, whose decaying body was found in a baby swing inside their home.

The couple called an ambulance to their Alta Vista apartment on Aug.

30 to report that their 4-month old son, Sterling Koehn, had died "just a few hours" after Harris had fed him.

However, when paramedics got to the home, they found the baby in a powered swing seat in a bedroom separate from where the couple and their other child slept.

They found maggots on the child’s skin and inside his diaper.

"An autopsy by the State Medical Examiner’s Office also found that the emaciated infant measured well below the fifth percentile in size and weight for his age.

The Chickasaw County Sheriff"s Deputy Reed Palo wrote in a complaint filed against the couple:

"The facts of this case go far beyond neglect and show circumstances manifesting an extreme indifference to human life,"

Both Harris and Koehn face charges of first-degree murder and child endangerment resulting in death.

Both of them will be arraigned on Nov. 2.