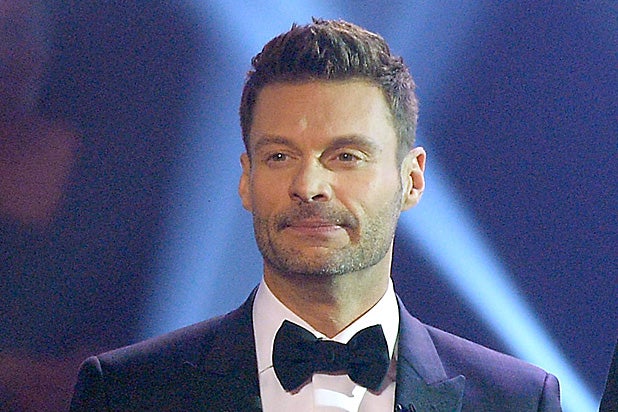 Ryan Seacrest will “continue to cooperate” after his accuser Suzy Hardy said she filed a police report Thursday.

“After Mr. Seacrest denied each and every one of Ms. Hardy’s decade old claims, after Mr. Seacrest refused to pay Ms. Hardy any money whatsoever, and after an independent legal investigation did not support her claims, Ms. Hardy went to the press attacking the legitimacy of the investigation,” Seacrest’s attorney Andrew Baum said in a statement to TheWrap.

“Now, after being refused money and unhappy with the independent legal investigation, Ms. Hardy now claims to have spoken to the authorities,” he continued. “We will continue to cooperate and we remain confident that Mr. Seacrest will once again be cleared of any wrongdoing.”

In a guest column in The Hollywood Reporter Thursday, Hardy said that she “recently contacted the LAPD and filed a police report so I’m guaranteed a real investigation this time.” The LAPD told TheWrap that a report has been filed. Seacrest’s rep said they had not been contacted by police about a report. A rep for NBCUniversal did not immediately respond to TheWrap’s request for comment.

Seacrest himself wrote a guest column in THR after an investigation by E! was closed after “ insufficient evidence ” was found.

“E! has now concluded the investigation into allegations regarding Ryan Seacrest. The investigation, conducted by outside counsel, found insufficient evidence to support the claims against Seacrest and therefore could not be substantiated,” the network said in a statement in February. “E! is committed to providing a safe working environment where everyone is treated with respect and dignity.”

After Hardy came forward with her name and details of her accusations in a Variety report in February, E! stood by Seacrest and their investigation , even after a man who worked with the star came forward on Wednesday’s “Today” show and said he saw the “American Idol” host sexually harass Hardy on several occasions.

“There is absolutely nothing new here,” Baum told TheWrap at the time. “The alleged witness who spoke with the ‘Today’ show participated in the third-party investigation; he was interviewed and his claims were fully evaluated, as were the claims of everyone else in involved in this matter. At its conclusion, the investigation cleared Ryan’s name. The bottom line remains that this entire matter was created by someone who wanted to be paid $15 million and Mr. Seacrest’s decision to fight back against what was essentially an extortion attempt.”

After specifics from Hardy’s accusations came out, the NBCU cable network issued a statement defending its “extremely comprehensive and thorough” investigation: “Over the course of a two month process, our outside counsel interviewed more than two dozen people regarding the allegations, including multiple separate meetings with the claimant and all firsthand witnesses that she provided. The investigator is an attorney with nearly 20 years experience and is highly regarded professionally. Any claims that question the legitimacy of this investigation are completely baseless.”

Details about Hardy’s accusations came the week before of the Oscars, and Seacrest’s coverage of the 90th Annual Academy Awards’ red carpet arrivals for E! plummeted 24 percent in impressions among adults 18-49 compared to last year’s show. He continues to host “American Idol” and “Live with Kelly and Ryan.”

“I’ve been in this town since 1976,” Williams said . “Worked in a lot of different capacities, been stage-managing for 34 years. I’ve worked with everybody . And never, never in all my 15 years with him, if you told me this story, would I believe you.” Hardy alleges that Seacrest brought her to the “American Idol” set to dress him “on multiple occasions,” which Williams said she never witnessed. “We had a stylist, Miles [Siggins],” she said, adding that she didn’t recall ever seeing Hardy.

In her column Thursday, Hardy said “all I wanted was an apology, some validation and some real action to protect women in the workplace.”

“Ryan chose to take this public, not me,” she said, adding that she feels she cannot stay silent when teenagers are standing up to the NRA. “I can face this too! Ryan is not a victim; he is the instigator and the assaulter.”

“You’re all making a big mistake,” she concluded. “And Ryan, stop trying to bully me. It’s not going to work.”