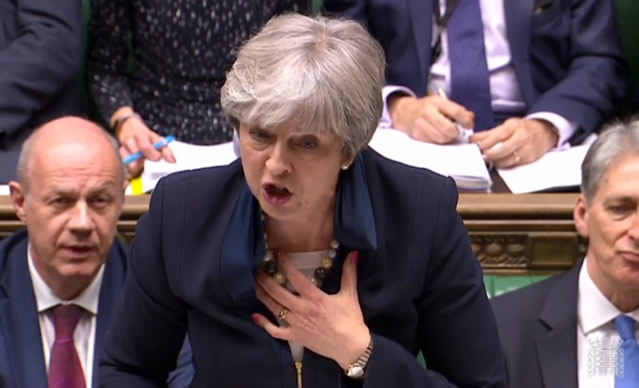 The United Kingdom government has asked Nigeria and other countries to join hands in taking action against the Russian Federation for allegedly poisoning an ex-Russian spy and his daughter on British soil.

In a statement by Press and Public Affairs Officer at the British High Commission, Joe Abuku, the UK did not expressly state how Nigeria could support in punishing Russia. However, Nigeria has been buying military equipment, including Su-30 fighter jets from Russia.

The UK believes taking collective action against Russia would evoke fear in the mind of its President, Vladmir Putin.

According to the UK, the call to punish Russia stemmed from the poisoning of Sergei Skripal and his daughter Yulia Skripal in Salisbury, UK, who are both in critical condition.

The UK said it was taking steps to investigate what happened and to respond to “this reckless and despicable act.” The UK Prime Minister, Theresa May, chaired a meeting of the National Security Council to review the information sofar available.

The council was updated on the Joint Intelligence Committee’s assessment and intelligence picture, as well as the state of the investigation.

The statement read in part, “The UK has concluded that Mr. Skripal and his daughter were poisoned with the military-grade ‘Novichok’ nerve agent, a weapon type developed by Russia.

“This is based on the positive identification of the ‘Novichok’ nerve agent by experts at the Defence Science and Technology Laboratory at Porton Down, together with the UK’s assessment of Russia’s record of state assassinations, and its view of defectors as a legitimate target.”

The UK explained that the Foreign Secretary summoned the Russian Ambassador in London, and made clear that either the Russian state has attempted murder on British soil using a chemical weapon, or Russia had lost control of its stockpile of nerve agents.

It said it would consider the response from Russia and if there is no credible response, then it would be ruled that Russia had carried out an illegal act.

According to the UK Government, the incident speaks more about Russia’s track record for undermining international law as Russia is systematically dismantling the rules-based international order; a trend which, if not halted, poses a dire threat to both of our countries and the wider law-abiding international community.

It further noted that Russia has changed borders by force in Europe for the first time since World War 2 with their illegal annexation of Crimea, adding that Russia’s actions in Salisbury represent the first use of nerve agent in

Europe since 1945.The statement added, “We must respond collectively to reassure our citizens that hostile acts by Russia against our countries, our interests and our values will not be tolerated.

“Collective action is the one thing which Putin will not expect, and will fear.”