Home/Entertainment
30, Jan 2018 0 Comments 64821 Views
The tallest man in the world has finally met with the world's smallest woman at a historic sit in Cairo, Egypt. 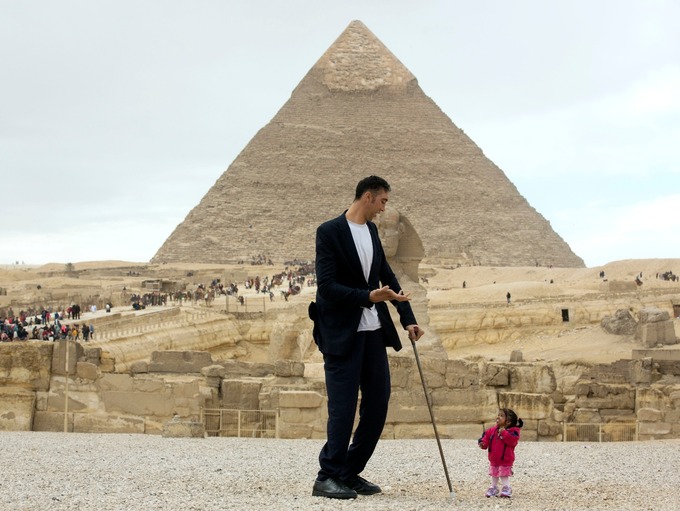 The world's tallest man has met up with the shortest woman at Egypt's pyramids in a bid to boost the country's struggling tourism industry, according to an itv report.

The tallest man identified as Sultan Kosen is 35-year-old from Turkey and stands 246.5cm (8ft 1in) tall. He met with Jyoti Amge from India, who is just 62.8cm (2ft 06in) tall.The pair came together in front of the historic site of Giza Pyramids in Cairo last Friday, striking poses for awe-struck tourists. Both were invited by the Egyptian Tourism Promotion Board to visit Cairo's most famous sites. 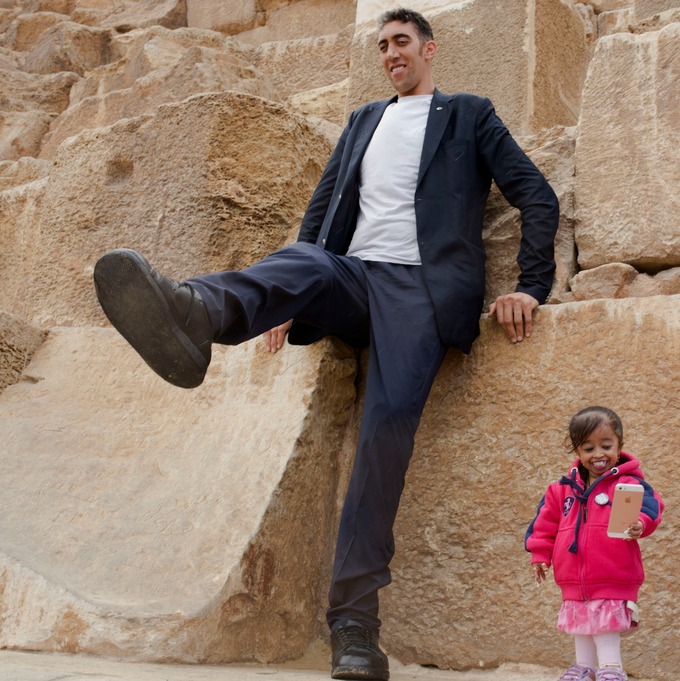 Mr Kosen's extreme height is due to a condition known as pituitary gigantism, where the brain produces abnormally large amounts of growth hormone.

Ms Jyoti, from Nagpur, has a form of drawfism called achondroplasia. She is an actress who has appeared in the TV show American Horror Story and Bollywood films. 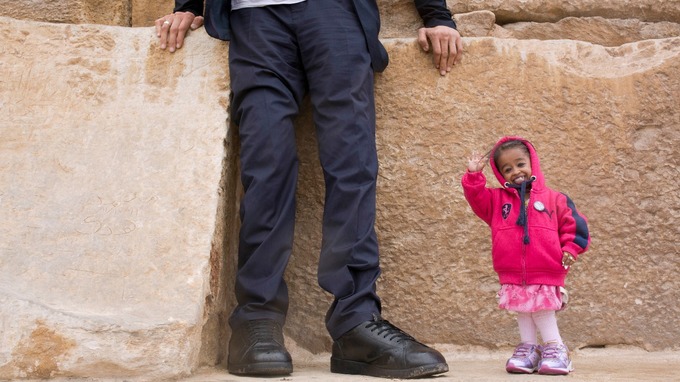 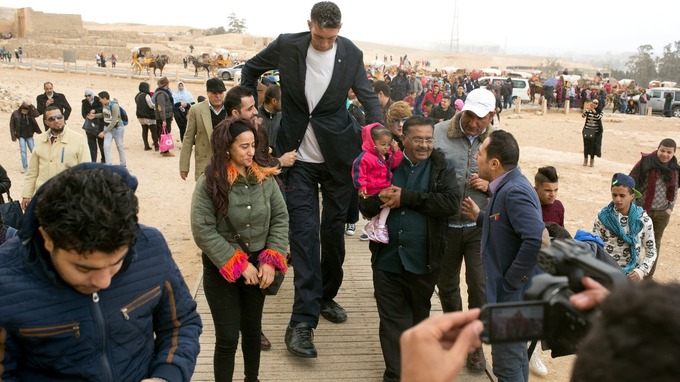