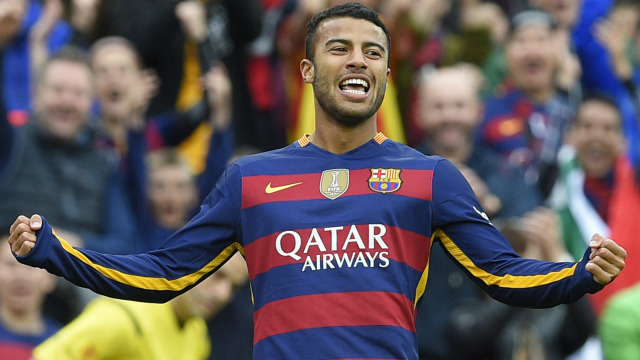 Barcelona midfielder Rafinha will join Inter Milan on loan until the end of the season with an option to buy, the Spanish club announced on Monday.

In a statement, Barcelona revealed Inter “have an option to purchase the player for 35 million euros ($43m) plus 3 million euros in variables, which must be confirmed before the end of the current season”.

The 24-year-old Brazil international, who was out of action for eight months last year due to a knee injury, joined Barcelona aged 13 and rose through the ranks.

He has scored one goal in two games for the Selecao but injuries blighted his Barca first team chances.

He needed surgery and was out for more than six months after tearing a cruciate knee ligament against Roma at the end of 2015.

He then went under the knife again last year after suffering a meniscus injury against Granada in April.