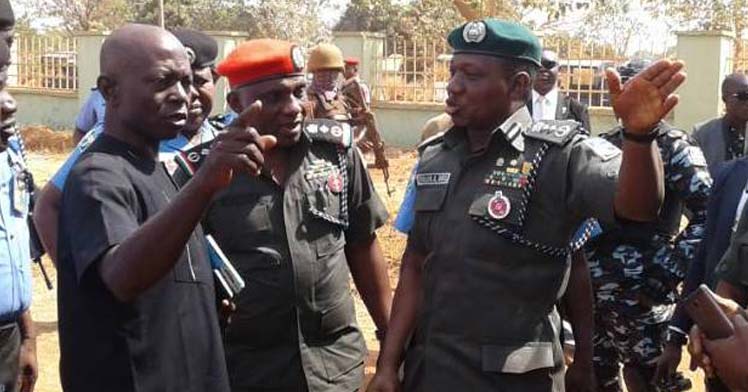 A state of unease pervades Benue State capital, Makurdi, as youths engage security operatives at Wadatta area, a suburb of the capital city.

Source told our correspondent that some youths had gathered in a particular place, with policemen and soldiers suspecting they could cause havoc, hence the decision to engage the youths.

It was gathered that some suspected miscreants at Wadata started gathering around 8.00pm on Sunday (today) and security operatives were said to have been alerted immediately.

Reasons for their gathering could not be ascertained as at the time of filing this report.

Both Tiv and Hausa youths had caused mayhem on Saturday, which led to several persons being injured and currently receiving treatment in hospital in Makurdi.

The youths were said to be on a mission to avenge the death of their kinsmen.

A resident of the area who spoke to our correspondent said shootings were still going on as at 9.00 pm since the attack in some parts of the ancient town, soldiers have been stationed in Wadatta area to quell any possible outbreak of riot When contacted, the Police Public Relations Officer, ASP Moses Yamu, who confirmed the report, said the command received a report that some cult members were gathering around Wadataa and security men were promptly drafted to the area.

“We learnt that some cult members were gathering at Wadatta and we have drafted security men to the area.”

When asked if gunshots were still ongoing at the time of filing this report, Yamu said “there was no cause for alarm.”