Cristiano Ronaldo returns to Spain, chills out with family 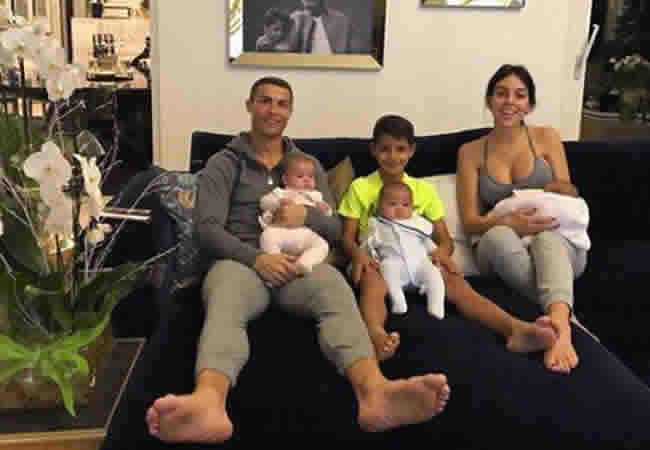 The last couple of weeks have been especially successful, even by Cristiano Ronaldo’s standards, with awards coming in both personally and for his club.

Now, however, he is back in Spain with his girlfriend and four young children.

#Ronaldo posed for an Instagram snap with girlfriend Georgina Rodriguez, and the youngsters they are raising together.

Also smiling in the snap are seven-year-old Cristiano junior, with he, his dad and his father’s partner each holding one of the three new additions to the family from this year.

The two Cristianos are holding twins Mateo and Eva — the latter in her dad’s arms — who were born via a surrogate mother in June 2017.

Georgina Rodriguez, meanwhile, held the youngest, newborn Alana, who was born in November and is the first child she and Cristiano had together.

The photo was posted on Rodriguez"s account, and captioned ‘Create love with you and make life with you’ in Spanish.

It is the first family photo she has posted since her boyfriend returned from the UAE after winning the Club World Cup with Real Madrid.

Ronaldo won the trophy to follow up scooping his fifth Ballon D’Or award the previous week, which pulls him level with Lionel Messi’s record.

Ronaldo and #Messi do battle again on Saturday when Real face Barcelona in the Clasico — their final match before the La Liga winter break.