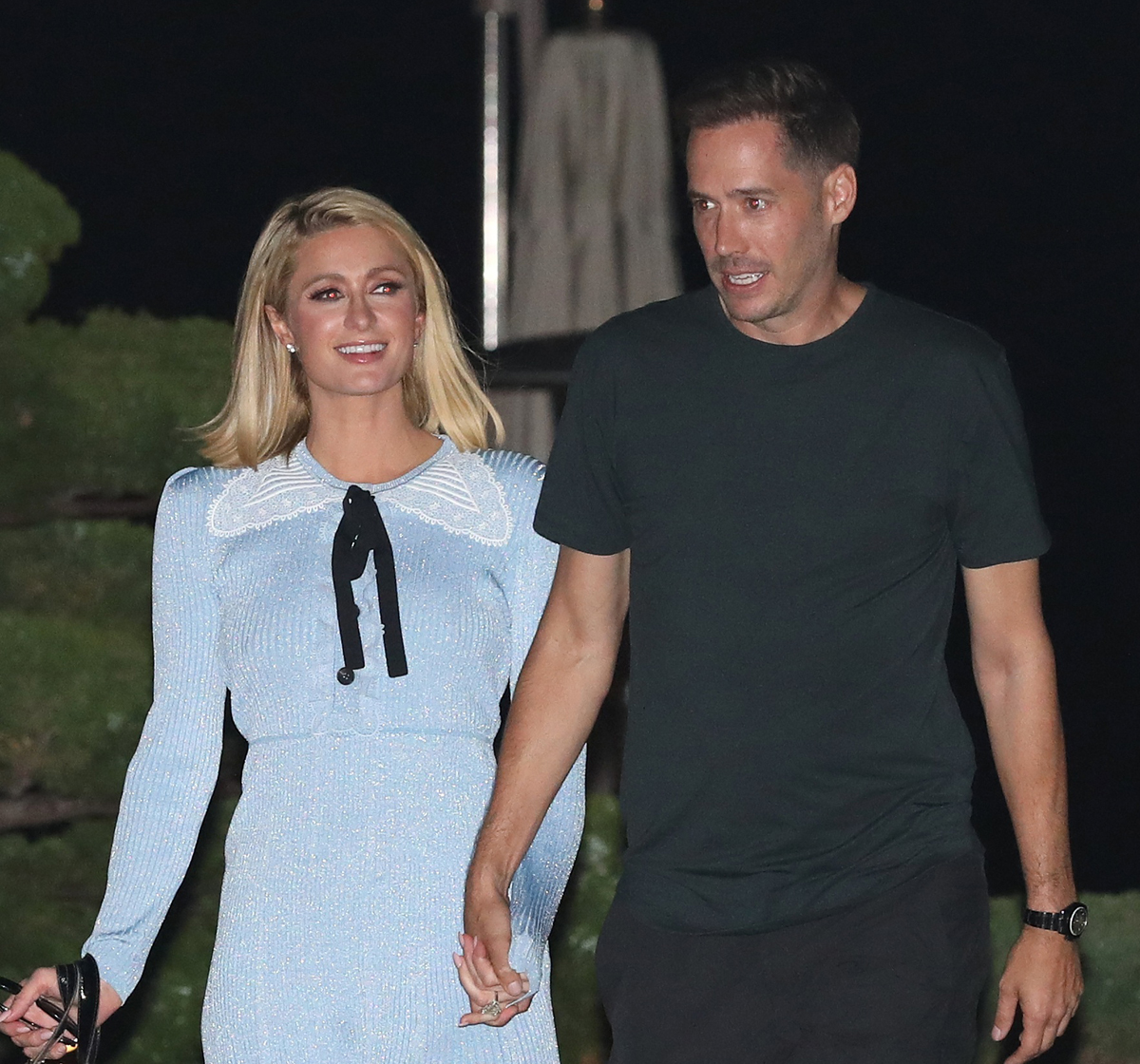 Paris Hilton doesn’t want you to get excited about those pregnancy rumors!

The Simple Life alum addressed the talk that she and fiancé Carter Reum are expecting their first child, hours after the reports made headlines. And while the 40-year-old is still very much looking forward to becoming a mother, she made it clear she’s NOT pregnant just yet.

Denying the rumors straight on, the pop culture icon said on an episode of her This Is Paris podcast she thinks a new push-up bra might be to blame. Hilton also added:

“The only thing in the oven at the moment is my ‘Sliving Lasagna.’”

(Sliving, for those who don’t know, is a term Paris coined a few years ago: a combination of “slaying” and “living”.)

The hotel heiress went on to note that she wants to wait until after her 2022 wedding to conceive a child, but as she’s mentioned previously, already has names picked out. She plans to name her future daughter London, and is keeping her future son’s name on the down low for the time being.

We’re glad she cleared this up. Enjoy that sliving lasagna in the meantime, girl!