Home/Others
15, Dec 2017 1 Comments 65846 Views
A U.S. woman from New York has been accused of using bitcoin and other crypto currencies which she bought with fraudulent bank loans to fund the so-called Islamic state.

Zoobia Shahnaz, 27, was charged with bank fraud, conspiracy to commit money laundering and she is being held without bail. 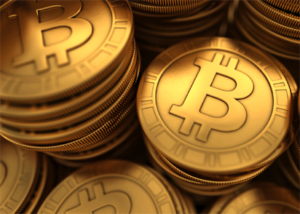 Ms Shahnaz was born in Pakistan and worked as a lab technician in the US.

Bitcoin is an online currency. Despite not being legal tender – it can’t be used to pay for traditional goods and services – the value of bitcoin has rocketed this year going as high as 17,000 dollars

Bitcoin has been exploited by criminals to launder money as many authorities push to increase regulations on the currency.

According to court records, Ms Shahnaz, who lives in Brentwood on Long Island, was a lab technician at a Manhattan hospital until June.

Prosecutors said that Ms Shahnaz obtained a Pakistani passport in July and booked a flight to Pakistan with a layover in Istanbul, intending to travel to Syria.

She was arrested at John F Kennedy airport carrying 9,500 in cash, just under the limit of 10,000 that a person can legally take out of the country without declaring the funds.

Ms Shahnaz faces up to 20 years in prison on each of the money laundering charges and up to 30 years for the bank fraud charge.

“What she saw made her devoted to lessening the suffering of a lot of the Syrian refugees and everything she does is for that purpose,” Mr. Zissou said outside the courthouse.