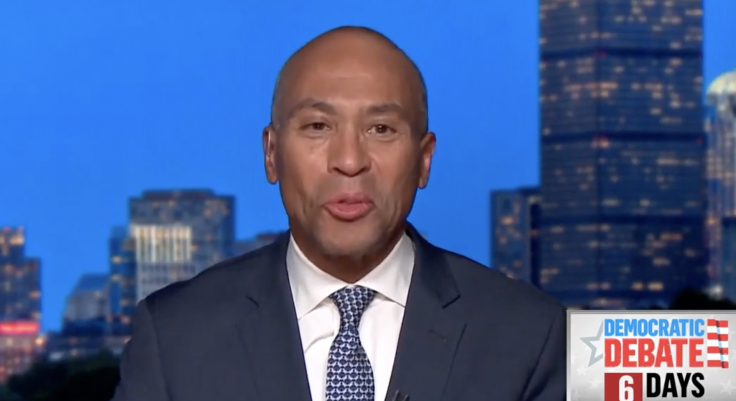 "Yes, I [worked] at the place that was demonized in the 2012 presidential election," Patrick said, before MSNBC anchor Nicolle Wallace interrupted to say it was his party that did it.

Patrick, the newest entrant into the 2020 Democratic primary field, smiled and reminded her he was cochair of the campaign, saying, "I didn't buy into it then, and I still don't."

Wallace pressed him on his tenure with the firm, noting Democrats had moved to the left and wondering how he could explain his position to primary voters.

Patrick replaced Romney as Massachusetts governor in 2007, serving two terms. After saying last year he wouldn't run for president in 2020, he jumped into the race this week, with the Iowa caucuses less than three months away.