Kanye West: ‘The richest thing that you can have is as many children as possible’ 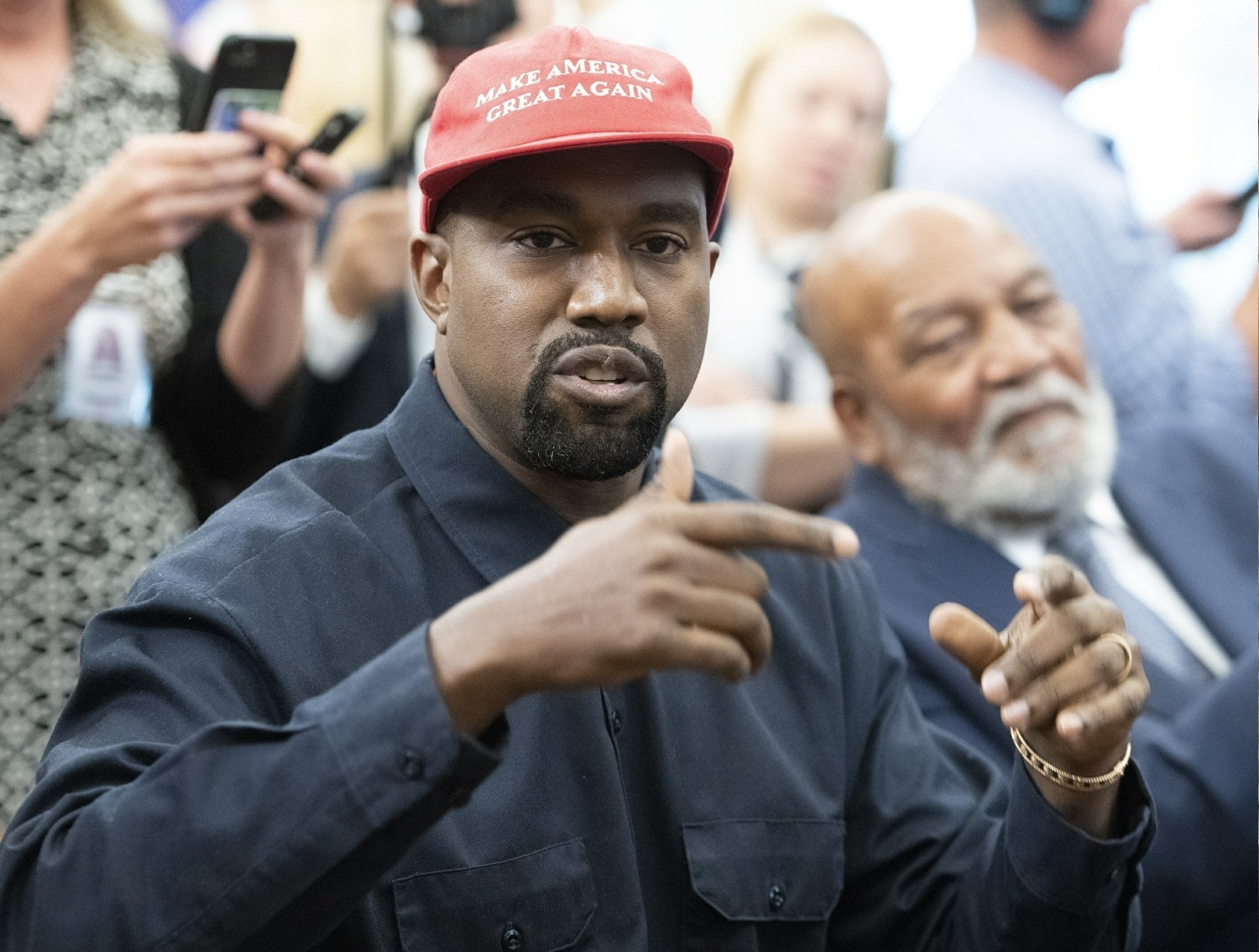 I avoided watching Kanye West’s Airpool Karaoke for hours and hours. I didn’t want to watch it because Kanye is not well and his political opinions upset me. We don’t need to normalize Kanye or his thoughts. We don’t have to pretend that his perspective is somehow legitimate. It is not. But… people enjoy yelling at him and about him, and he continues to say f–ked up sh-t, so here are some quotes from his Airpool Karaoke thing with James Corden.

On his marriage to Kim: “Marriage years are different than human years. Like you know how dog years are like seven years? Every marriage year is like 100 years,” he teased, adding that it feels like he’s been married for “500 years. People thought it would be uncool to be married. Then I got married and people were like, ‘Oh, that’d be cool. It’s more than cool. It’s more than cool as hell. It’s heavenly. It’s great. It’s magnificent. Nobody thought it would be uncool to marry Kim Kardashian.”

He wants more kids: “[I want] seven kids. The richest thing that you can have is as many children as possible.”

He reads the Bible at night: “I don’t like going out at nighttime. I like being at home with my family at night as much as possible. We’ll eat dinner and we’ll play with the kids and then we’ll put the kids to bed and then we go to bed. And then my wife watches Dateline [and] I read the Bible.”

God’s plan: “When I went to the hospital a few years ago, I wrote in the hospital, ‘Start a church in Calabasas.’ It’s something I had a feeling I needed to do that God put on my heart. And now, He just keeps taking me to new levels and taking us to new levels that we just didn’t imagine before. God’s always had a plan for me and he’s always wanted to use me, but I think He wanted me to suffer more and wanted people to see my suffering and see my pain and put stigmas on me and have me go through all the human experiences. So now when I talk about how Jesus saved me, more people can relate to that experience. If it was just, ‘We grew up with this guys music and now he’s a superstar,’ it’s less compelling than, ‘Oh, this guy had a mental breakdown, this guy’s in debt …”

He was all the way gone when he stage-rushed Taylor Swift: “A lot of people have been praying for me. When I was all the way gone, at the MTV Awards, holding a Hennessy bottle running on stage, it was people on my family who was praying for me. But they couldn’t call me and scream at me. I’m a grown man, I made my own mind, I actually made it this far by not listening to anybody. So I don’t want advice from people. But it’s God that came and put this thing on my heart and said, ‘Are you ready to be in service to Him?’”

He has no regrets & no shame: “That’s the biggest thing, me being a perfectionist. That’s such a blasphemous statement to think as a man you can perfect anything. God is the only thing that’s perfect. So the only thing that can be perfect is God’s plan.”

On money: “Last year, I made $115 million and still ended up $35 million in debt. This year, I looked up and I just got $68 million returned to me on my tax returns. People say, ‘Oh don’t talk about these numbers.’ No, people need to hear that someone that had been put into debt by the system talk about these kind of numbers now that they’re in service to Christ… [God’s] showing off. He’s just showing out. Yeezy worth $3 billion. It’s the No. 1 Google search brand in the world.”

First off, I can’t. Secondly, I won’t. Third, come on, stop it. This religious awakening is just his mental illness. That’s all it is. It’s his broken brain’s way of understanding itself. It can’t be that he is so mentally broken that he needs to be seriously medicated. It has to be “God’s plan” that he hears God’s voice telling him to do this and that and to never question himself. Plus, he’s got the Evangelical “gospel of wealth” thing going on, where suddenly Jesus Christ cares about tax returns and whether someone can afford the private jet. Also: “The richest thing that you can have is as many children as possible.” I’m sorry, but that’s revolting. Kanye is basically a f–king Duggar.