4 Aspects Of Vector’s Diss Record ‘Judas The Rat, That Can Not Be Overlooked 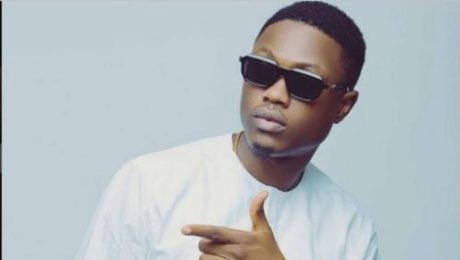 The Nigerian music scene has some weeks now, been entertained with diss records flying left, right and center. From Blaqbonez to Davolee, to Dremo… and the list goes on. Things took another turn when rap kings M.I Abaga and Vector Da Viper took a step into the diss ring, bringing forth with their savage brilliance in the records released.

Now it should be understood that both rappers have over the years proved their worth when it came to the rap game. I mean we have all been served with cringe-worthy ‘tracks’ in the name of rap music by artistes who enjoy maligning and debasing the rap game with their violent, crude and largely idiotic and pointless lyrics for these tracks, so I dare say M.I and Vector are two rappers who we must be grateful for. These men have over the years transformed rap into an academically and artistically viable poetry. In my opinion, these men will top the list of cerebral rappers in the country, if such list is ever made.

‘Judas The Rat’ is Vector’s reply to M.I’s Viper, which saw the Choc City boss going for the jugular on Vec, armed with his formidable wordsmith skill to school Vec. But first, a brief history:

Vec hit back with The Purge

M.I responded with The Viper and now, we have ‘Judas The Rat, The Preacher’s Son.

As expected Vector responded. Armed with his power of abstract lyricism, his extreme witty and clever use of words. A diss track was born in the record of ‘Judas The Rat’. Undoubtedly, this record is fire. However, Vector’s creativity amongst other things was questioned and must be discussed.

The artwork saw a rat in the character of Mr. Big in Zootopia inside the mouth of a cobra, the reptile Vec decided to use in representing himself, huge mistake here.

For someone many have continuously argued to be intelligent, myself included, I was beyond surprised to see that he agreed to the use of a cobra to represent himself.

Cobras kill in two ways spitting and biting but somehow are known more for spitting. They aim at the eye of their threat and spit into it, disabling it in seconds.

However further research has shown that ‘Cobras, however, use venom to kill.’ Also, they are not particularly muscular, and if they need to kill their prey, it is a must that they bite and hold on to that prey. With this being said, it is very possible for even a rat to kill a cobra should that cobra not aim properly and disable the rat in a second, the rat can, in fact, turn around and bite the cobra to death.

Cobras are also known to be vulnerable reptiles and according to Natgeowild; ‘cobras have developed an elaborate system of bluffing to intimidate anything they see as a threat.’

Misrepresenting himself with the photo of a cobra instead of that of a python is one way Vec had many questioning his intellect alongside the attributes of such a reptile.

Vec went on social media asking producers to send in beats for his response to M.I.

Lol… so I want to make this more interesting… I want producers who want to produce my response to play beat snippets underneath this tweet and in 24hrs we pick.

This, to be honest, brought some sort of joy to my mind as I thought, oh yeah, new cats will be discovered. The record was produced by Masterkraft who did a fine job having us question how he made hits for artists over the years, a story for another day really.

Now, for a diss track to be made with such a below par beat, one must in fact again question Vec’s creativity as for the life of me, I can not understand why you will want to make a mellow beat in response to such catastrophic diss record made for you. I mean it is a diss track, it should get everyone screaming their lungs out and bumping their heads, not swaying it side to side like one in a Joeboy/Fireboy DML/Johnny Drille concert.

Vector over the years has effortlessly painted beautifully detailed pictures with his words that I dare say is akin to daydreaming and has caught many uninitiated off guards. I mean he is Vector, the rapper who over the years is known to possess a deeply multi-layered lyrical skill but really, Judas The Rat Is One Record that has me questioning everything. To be honest, I expected more when he mentioned ‘The Preacher’s Son.’ I, for one, was expecting major revelations but alas we only got the genesis of different stories that didn’t add up.

Yes, I know this has nothing to do with the record itself but again it is very important and related. Hours after social media had a meltdown analyzing and over-analyzing, ‘Judas The Rat, The Preacher’s Son,’ Vec, again took to his Twitter to share private messages between him and M.I giving the vibe that M.I was begging him.

M.I’s message read: “You are making it too easy and you are walking into set traps,” but this was misconstrued to mean the former was begging Vector, if this isn’t confusing, I do not know what is.

Sharing private messages on social media also has me wondering, who really is the RAT in this?