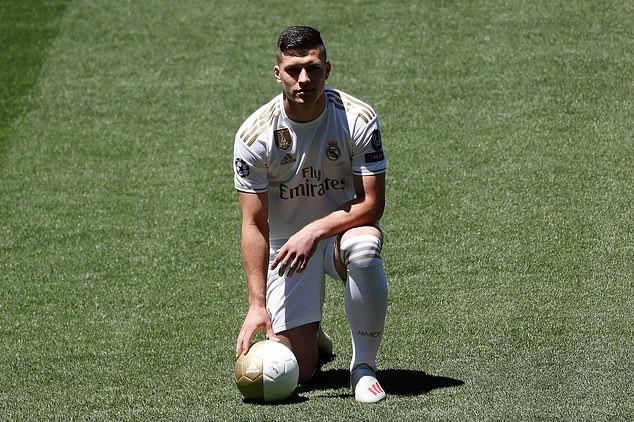 Luka Jovic has been unveiled as a Real Madrid player following his £62m move from German club Eintracht Frankfurt.

The 21-year-old Serbian striker signed his Real Madrid contract and posed with the club’s white shirt for the first time as he was unveiled at the Bernabeu on Wednesday June 12th. 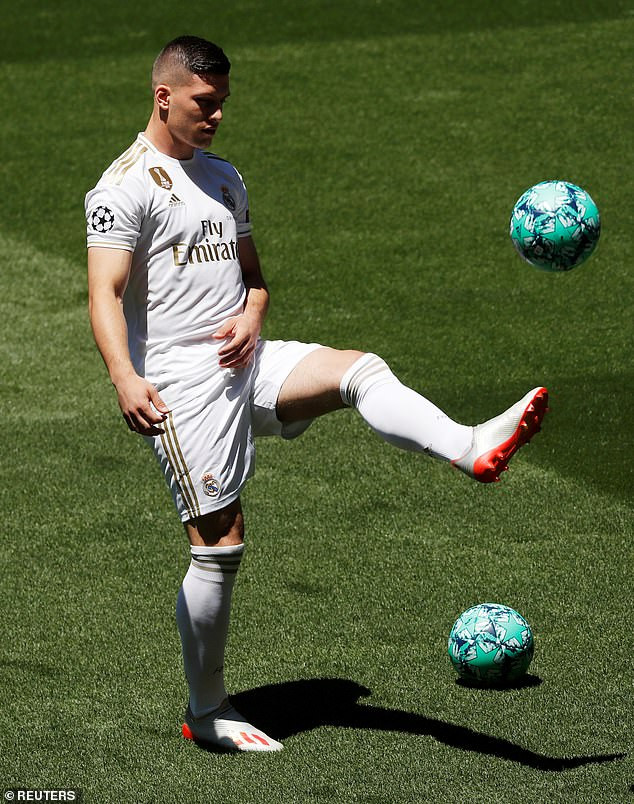 Jovic signed a six-year contract with the Spanish giants to become the club’s most expensive signing ever, behind Cristiano Ronaldo, Gareth Bale, and fellow new signing Eden Hazard.

At his unveiling, Jovic said: ’I’m the happiest guy in the world, I’m going to give everything.

’I’m excited and I’m sure I’ve made the best decision, I’ll work hard to win titles with Real Madrid.’ 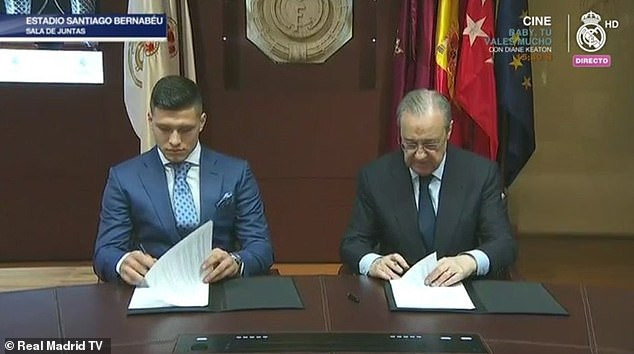 Perez added: ’He was wanted by several big clubs in Europe but Jovic belongs to Real Madrid. It was his dream and today he is here. 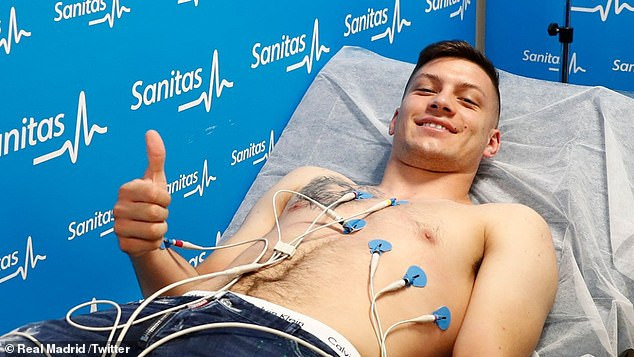 ’You come from a club we consider a friend and a very demanding league. You have scored 27 goals but our fans are going to ask you for much more. You have before you the greatest challenge of your career. 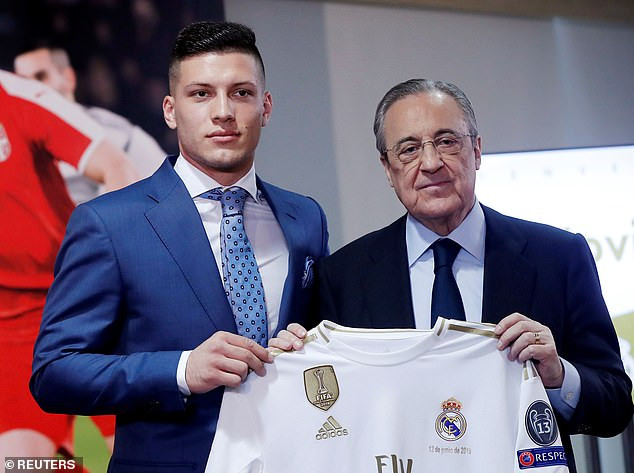 ’We are very proud of you because as they told us, this is the shirt you used to sleep with when you were little.’ 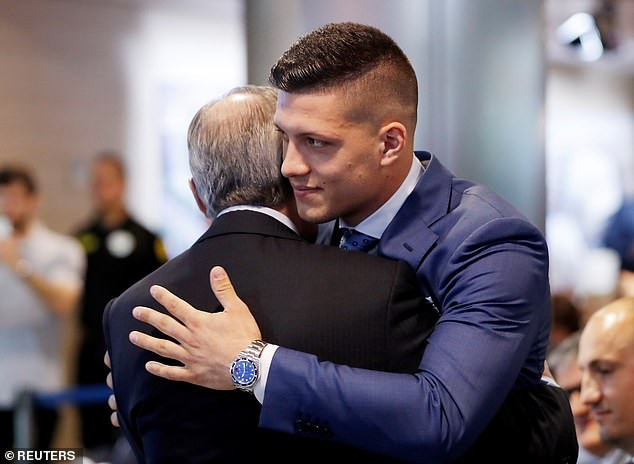 Luka Jovic bagged 17 goals in 32 appearances in the Bundesliga while adding 10 goals in 14 Europa League matches as Eintracht reached the semi-final stage of the competition.