Home/News
19, Apr 2019 1 Comments 57195 Views
A popular female journalist has reportedly lost her life after being attacked by a lone gunman. 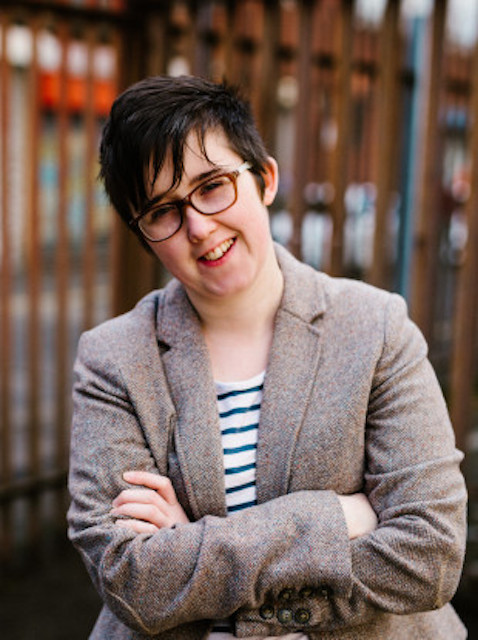 A female journalist, Lyra McKee was shot dead during riots in Northern Ireland in what police Friday were treating as a terrorist incident following the latest upsurge in violence to shake the troubled region.

McKee had earlier posted an image that appeared to be from the riots in the Creggan housing estate in the city of Londonderry, also known as Derry, accompanied by the words “Derry tonight. Absolute madness.”

Images of the unrest posted on social media showed a car and van ablaze and hooded individuals throwing petrol bombs and fireworks at police vehicles.

“A single gunman fired shots in a residential area of the city and as a result wounded Ms McKee,” said Hamilton, adding that police believed the gunman was a “violent dissident republican.”

“We are treating this as a terrorist incident and we have launched a murder enquiry,” he added.

Journalist Matthew Hughes earlier identified the dead woman as one of his friends.

“I just received the heartbreaking news that my friend @LyraMcKee was murdered tonight in a terrorist incident in Derry,” he wrote on Twitter.

McKee had written for The Atlantic magazine and Buzzfeed News and was named by Forbes Magazine in 2016 as one of their “30 under 30” oustanding figures in media, according to her literary agent Janklow & Nesbit.

Leona O’Neill, a reporter with the Belfast Telegraph, said she had been next to McKee when she was shot.

“I was standing beside this young woman when she fell beside a police Land Rover tonight in Creggan #Derry. I called an ambulance for her but police put her in the back of their vehicle and rushed her to hospital where she died. Just 29 years old. Sick to my stomach tonight,” she tweeted.

The violence came in the run-up to the Easter weekend, when Republicans opposed to the British presence in Northern Ireland mark the anniversary of a 1916 uprising against British rule.

A car-bombing and the hijacking of two vans in Londonderry earlier this year were also blamed on a dissident paramilitary group.

“My heart goes out to the family of the young woman shot dead by so-called dissidents,” she wrote on Twitter.