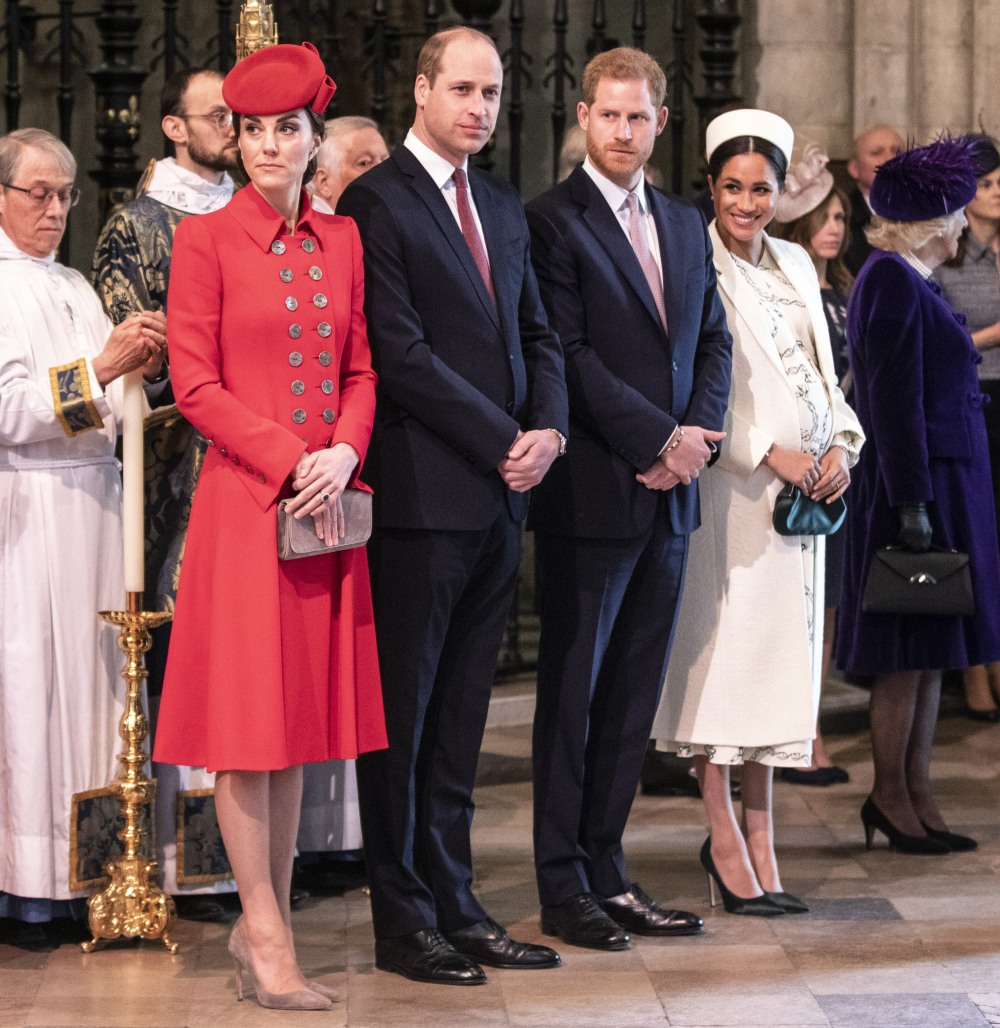 Yesterday was Commonwealth Day, and the royal family assembled (like the Avengers, but posh) at Westminster Abbey for a special church service. I honestly expected the Duchess of Sussex to keep wearing her green Erdem ensemble. She did not. She made an entire costume change and it’s painful. First, let me say that minus the hat, I actually love her Victoria Beckham ensemble. I think the dress and coat are beautiful. I want Meghan – and Kate too – to wear more of this hemline, because it’s super-flattering on both women and they would be less likely to flash people. If Meghan had just stuck to the dress and coat, I would have been so pleased. If she had just stuck a flower in her hair, that would have been lovely too. But no. She had to attempt this hat.

I said on Twitter yesterday that I was thinking about devoting an entire post to that f–king hat. I won’t. The thing is, I actually believe Meghan has a face for hats (Kate does too, as did Diana). But not this Nurse Ratched looking bullsh–t. Find you a man who will tell you to take off the 1950s nurse’s pillbox before you leave the house. Harry did her dirty with that one.

As for Kate, she repeated a Catherine Walker coatdress which we last saw in 2014, during the Cambridges’ Australia-New Zealand tour. I think the Gina Foster hat is probably the new item of this ensemble, and it’s fine. I mean, considering how many f–king buttons are on this coatdress, it’s a wonder she doesn’t repeat this every three months.

Now, for the body language between the Sussexes and Cambridges… Meghan and Kate greeted each other with a quick and polite cheek-kiss, and they were seen smiling at each other a few times. But the body language between Harry and William is ICE ICE BABY. Seriously, those two still haven’t buried the hatchet. Meghan and Kate are doing all of the heavy lifting on “going along and getting along.”

I saw that various sites were making a big deal about how Meghan curtsied to Prince Charles and Kate didn’t – Kate greeted Charles with a double-kiss on the cheeks and no curtsy. People Magazine wrongly claims that Kate doesn’t “have” to curtsy to Charles… except she does, because Charles outranks her. Suddenly, the Protocol Police are dead silent when Meghan follows protocol and Kate doesn’t. Interesting. Start watching at the 8:30-minute mark to see Meghan’s curtsy. From my understanding, this was not a flub or a break of protocol on her part. It was a case of Meghan being the only one following protocol. 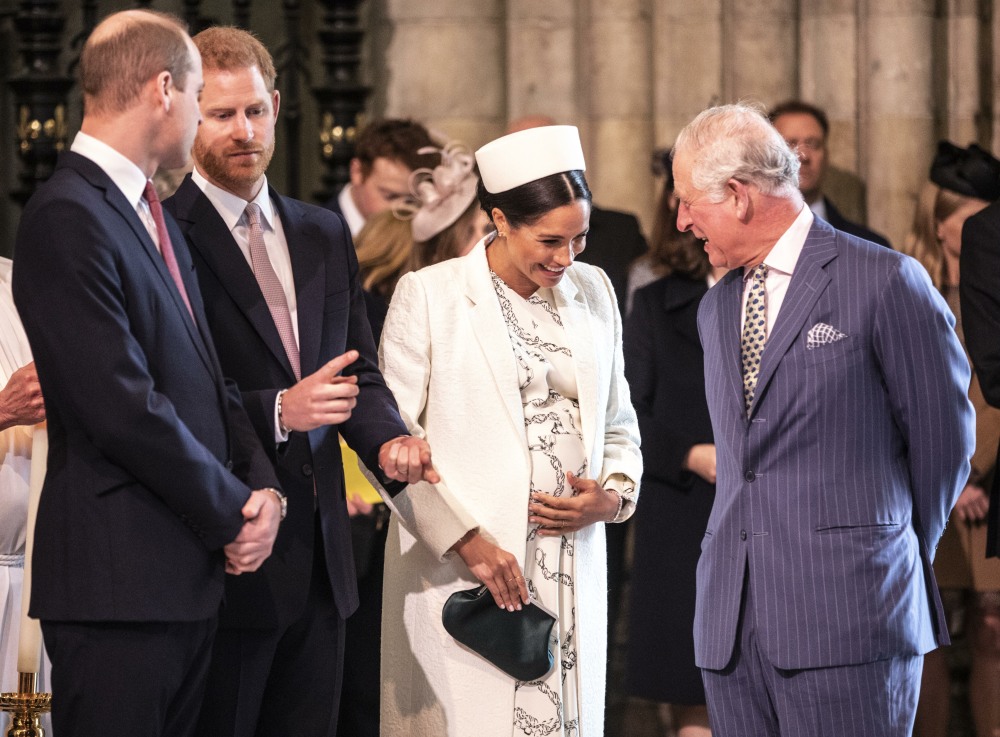 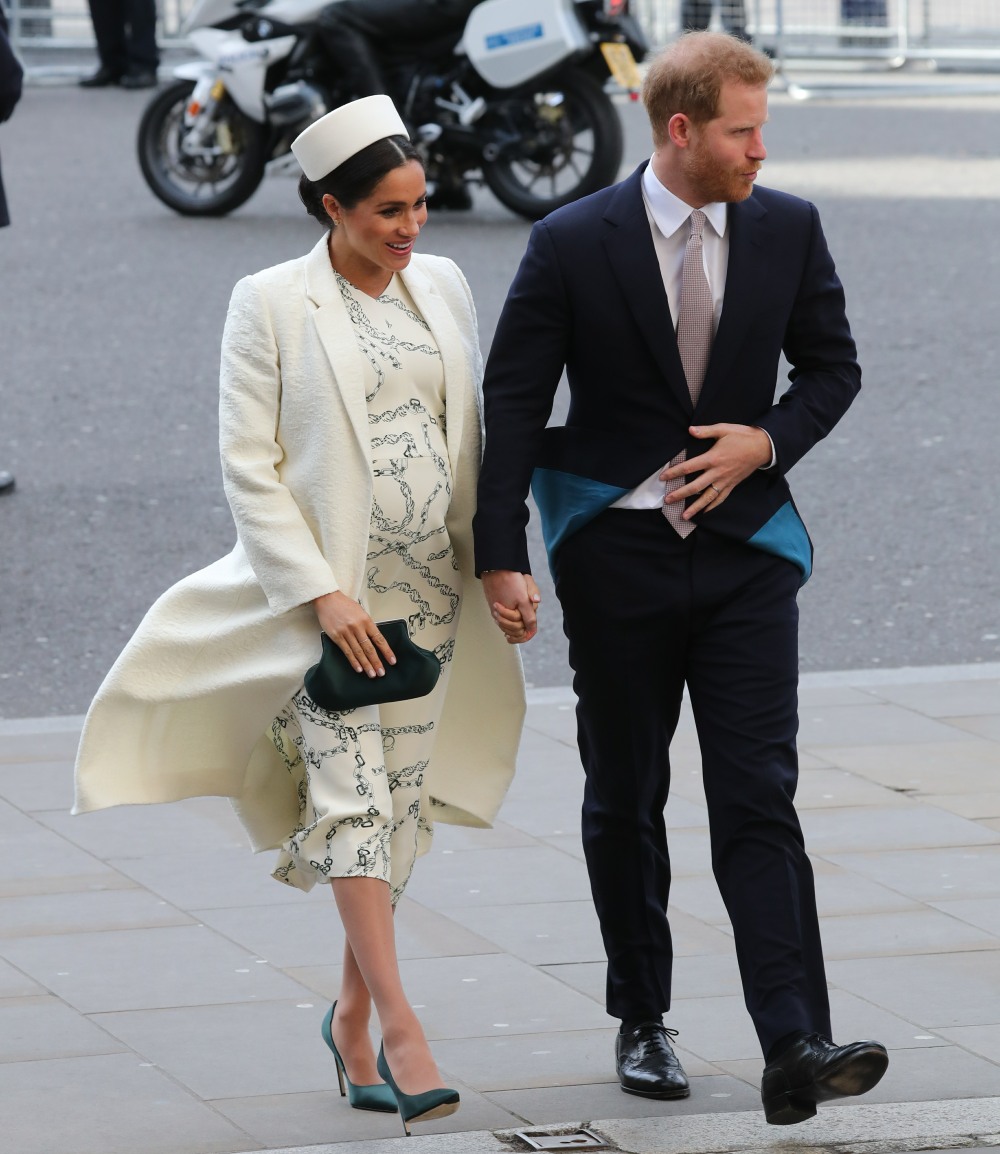 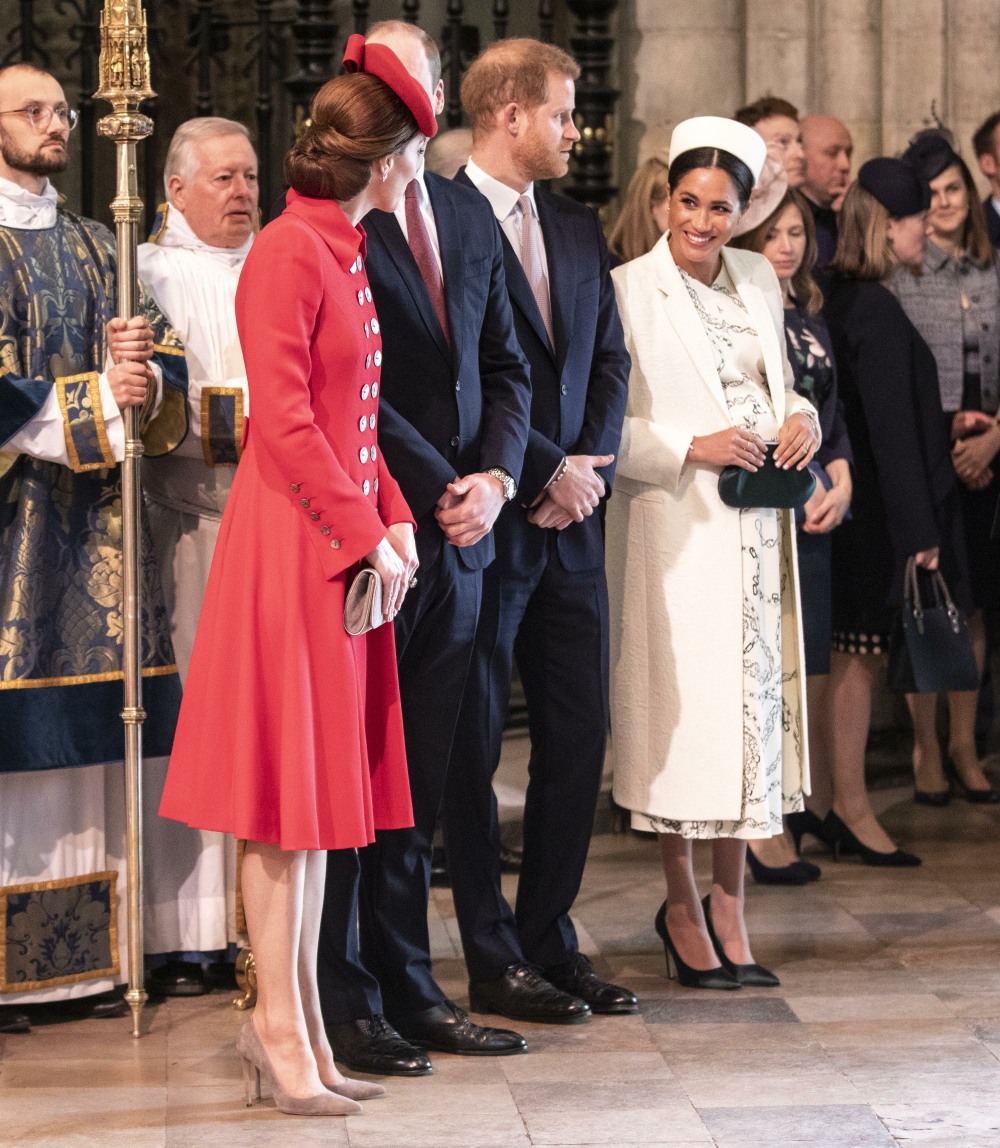