President Vladimir Putin on Saturday said Russia was suspending its participation in a key Cold War-era missile treaty in a mirror response to a US move the day before. 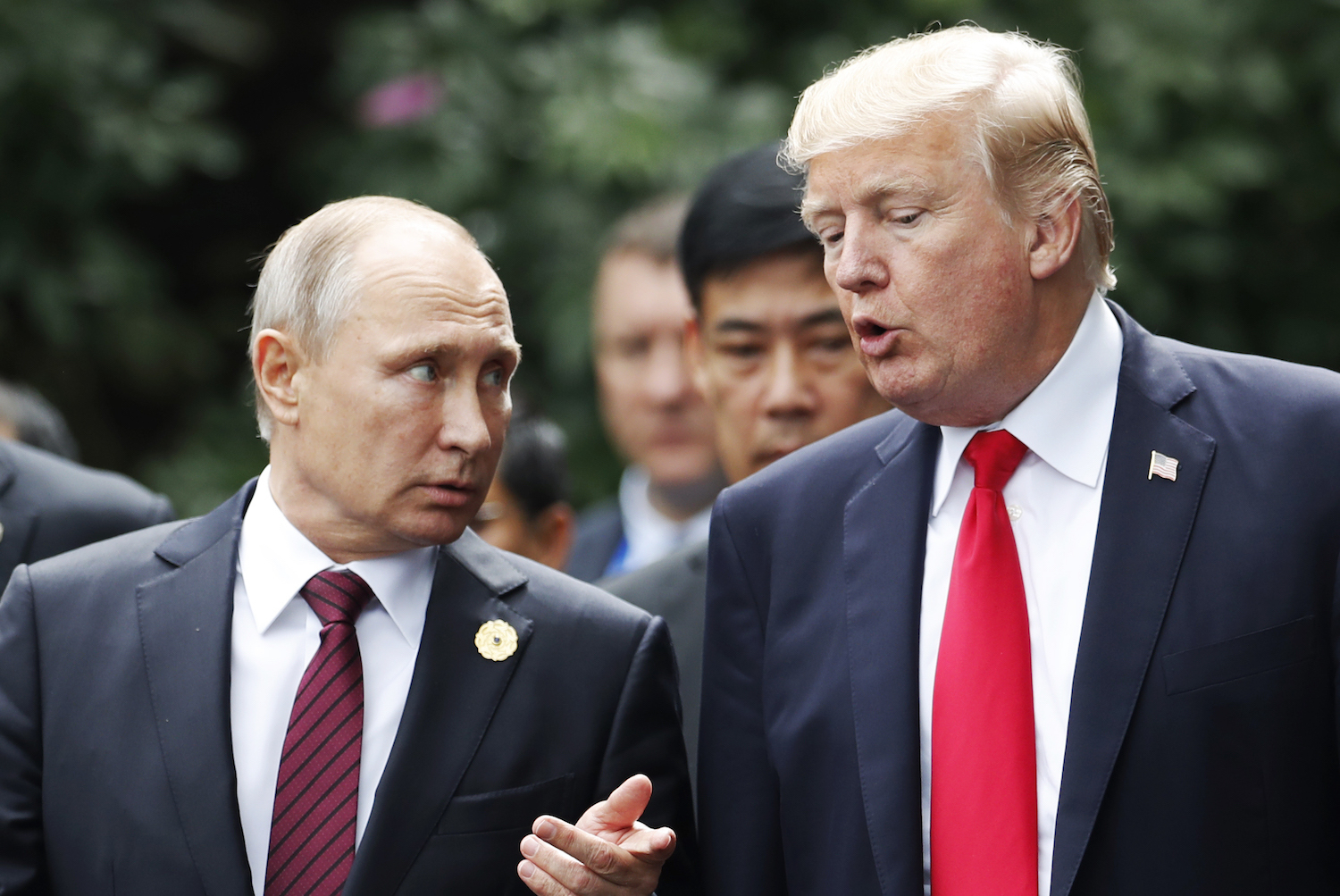 Moscow and Washington have long accused the other of violating the Intermediate-Range Nuclear Forces agreement.

“Our American partners have announced they are suspending their participation in the deal, and we are also suspending our participation,” Putin said of the agreement, following a US deadline for cooperation.

Putin said during a televised meeting with foreign and defence ministers Sergei Lavrov and Sergei Shoigu that Russia would no longer initiate talks with the US on disarmament.

“We will wait until our partners have matured enough to conduct an equal, meaningful dialogue with us on this important topic,” the president said.

Brokered by US president Ronald Reagan with last Soviet leader Mikhail Gorbachev, the treaty ended a superpower buildup of warheads that had frightened Europeans.

The deal resolved a crisis over Soviet nuclear-tipped ballistic missiles targeting Western capitals, but put no restrictions on other major military actors such as China.

President Donald Trump said on Friday that Washington was starting a process to withdraw from the agreement in six months.

Trump said he would like to “get everybody in a big and beautiful room and do a new treaty,” but in the meantime, the United States “can’t be put at a disadvantage.”

US in December gave Moscow a 60-day deadline to dismantle missiles it said breached the agreement.

But Moscow has insisted the disputed 9M729 missile is allowed under the treaty. The defence ministry last month invited journalists and foreign military attaches to a briefing on the weapon system.

Lavrov on Saturday repeated Russian accusations that Washington itself has been in violation of the deal for many years.

The foreign minister said Russia had “tried everything to save the treaty” in several rounds of diplomatic talks.

Putin meanwhile said Russia would seek to develop medium-range missiles in response to what he said were similar projects in the US.

He has previously warned of proliferation of weapons but on Saturday told the ministers Russia would “not be drawn into a costly new arms race”.

Russia would only deploy intermediate- and short-range missiles in Europe or elsewhere in answer to similar moves from the US, he added.

European leaders have voiced fears over the consequences of the treaty’s demise and called on Russia to address concerns before the United States formally leaves in August.

NATO said in a statement Friday that the US allies “fully support” the withdrawal and agreed that Russia’s 9M729 ground-launched cruise missile systems, whose range is the cause of US concerns, violated the treaty.

Lavrov at Saturday’s meeting also voiced concerns that Washington’s decision to withdraw from the INF could jeopardise the extension of the New START treaty.

That agreement, which caps the number of nuclear warheads held by Washington and Moscow, expires in 2021.