5 Motivational Speakers With The Highest Net Worth 2021 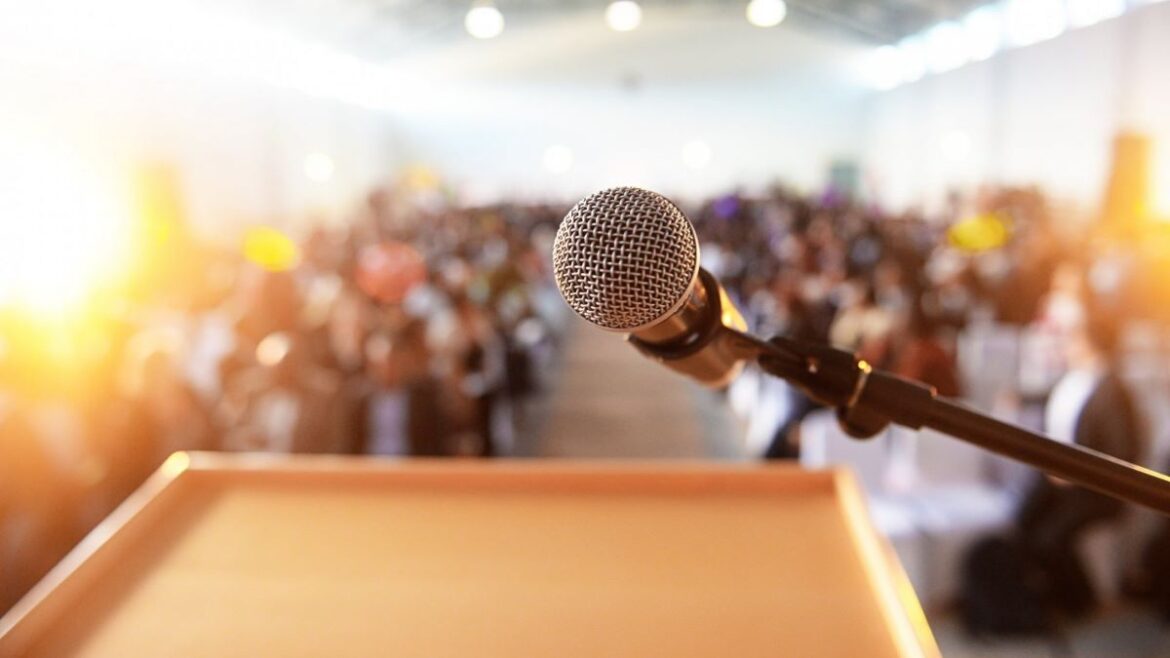 Motivational speakers inspire others towards the betterment of their lives. The most successful ones usually have quite a life story to share. Many came from nothing to become millionaires by sharing their stories and motivating others to turn their lives around.

In this article, we’ll list five of the most popular motivational speakers with the highest net worth! While money isn’t everything, it can be a good indicator of success, so make sure to take notes while you read about these inspiring stories!

So, without any further ado, let’s get to the bottom of it! 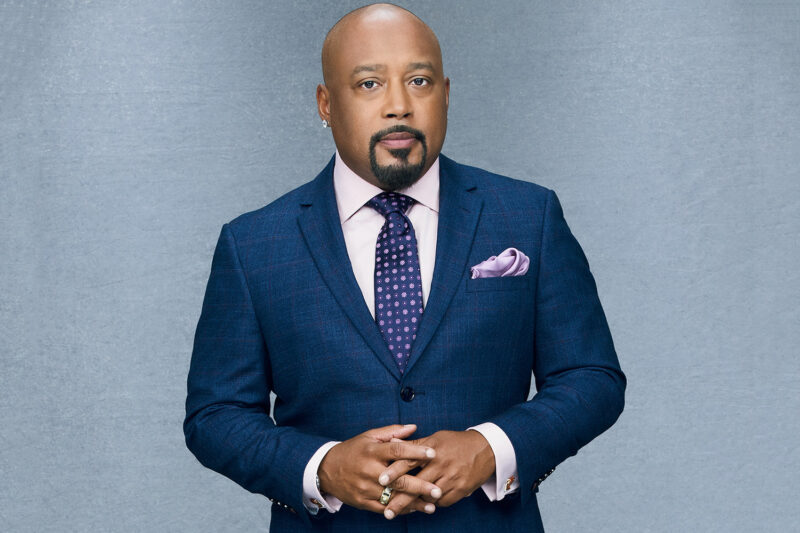 You’ve probably seen him on Shark Tanks where' he invests big money in various startup projects. What you may not be able to guess is that his amazing $400 million net worth comes from what was once a small startup company based in his mother’s house. He was also working since he was 10, for as low as $2 an hour.

As you can see, the way he turned his life around with his ideas is quite extraordinary. It took a lot of hard work and persistence to get where' he is today. His life story continues to inspire millions around the world, and he doesn’t hesitate to give back to the community by doing a lot of charity work. He also founded an organization called the “Next Level Success”, which aims to help young entrepreneurs with starting their own businesses.

Daymond was a guest public speaker in many different business engagements such as the London International Awards and AT&T’s History Makers Tour. While his net worth doesn’t come from public speaking, it’s still a vital part of this public persona.

If you want to get inspired and learn about what it takes to become a successful entrepreneur, we recommend you listen to one of his speeches on YouTube. 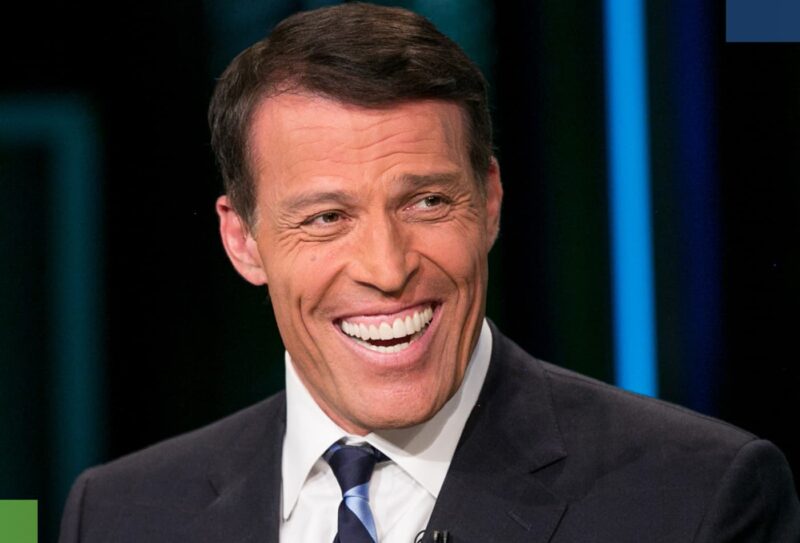 Tony is a famous public speaker, philanthropist, author, and life coach. His net worth is estimated to be around $600 million! His speeches are extraordinarily inspiring, so it’s no wonder he charges anywhere' between- $300,000 to $1 million for a private speech. His books, seminars, and his YouTube channel are also incredibly popular.

However, he was not always this rich, powerful man we see today. His parents divorced when he was very young, and his home-life was a complete toxic mess. On top of that, he was diagnosed with a pituitary tumor when he was just a high-schooler. He left home as a teenager, after which he worked as a janitor for a long time. So, yes, this man didn’t have it easy either, and look where' he is now! It’s no wonder so many people attend his seminars annually: they’re informative, heartfelt, and honest, just like he is.

Perhaps the reason why he’s so astoundingly popular lies in his selflessness and altruism. He is a founder of the “Anthony Robbins Foundation” which helps the poor, elderly, homeless, and the imprisoned.

So, when you find some free time, make sure to pick up one of his books! Many people described them as strikingly life-changing, so why not give them a try? 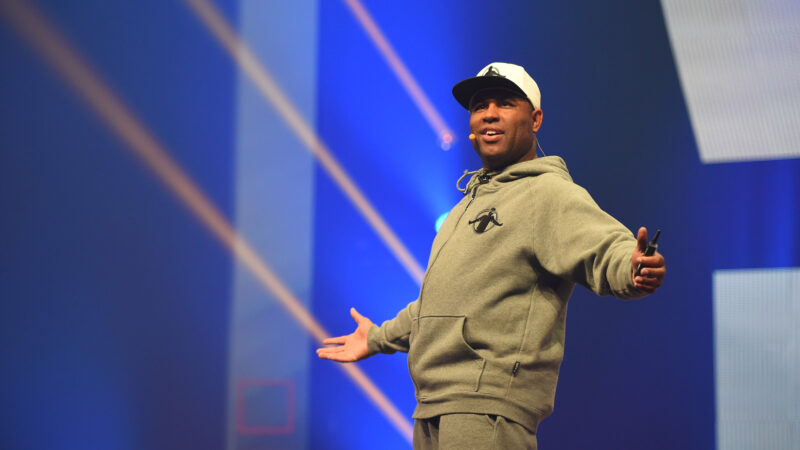 If you’ve been looking to get motivated on YouTube, you’ve probably encountered some of Eric’s videos. His intense charisma and his inspiring life story are what made him a fortune of nearly $3 million. Watch one of his YouTube videos, and you’ll see what we mean.

As most inspiring stories start, he also had rough beginnings. He was a high-school dropout living on the streets of Detroit for nearly two years before he turned his life around. He met a preacher who inspired him to go back to school and start his own journey of public speaking.

Today, he is a happy man who uses his powerful story to change lives. Just from listening to his speeches, you can see that he is truly a humble person trying to help others reach their goals. He went through a lot in his life to be where' he is now. So, make sure to check him out the next time you feel unworthy and unmotivated to change your life for the better. 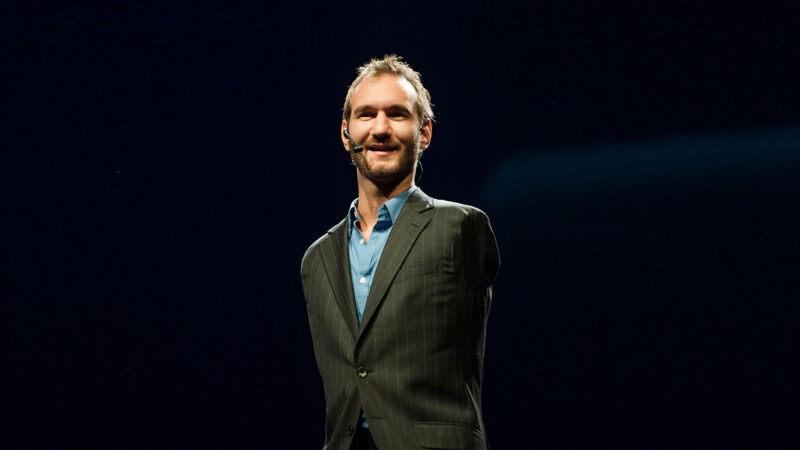 Born with a rare disability that left him without his legs and arms, Nick became an inspiration to millions around the world. His books and motivational speeches are incredibly powerful and motivating, so it’s no wonder he managed to accumulate a net worth of around $950,000.

He has dedicated his life to helping other disabled individuals by bringing hope into their lives. Other than that, he also founded his non-profit association called “Life without limbs” which helped many people with disabilities find their way in life.

While he makes an amazing public speaker, his books are where' you can learn the most about him and his life. His writing is incredibly personal, relatable, even humorous at times. Anyone who read one of his books gained a completely new perspective on life, so it’s no wonder he’s so successful.

Overall, Nick is one of the most inspiring public speakers in the world. You can learn more about him by reading his books or listening to his speeches on YouTube. 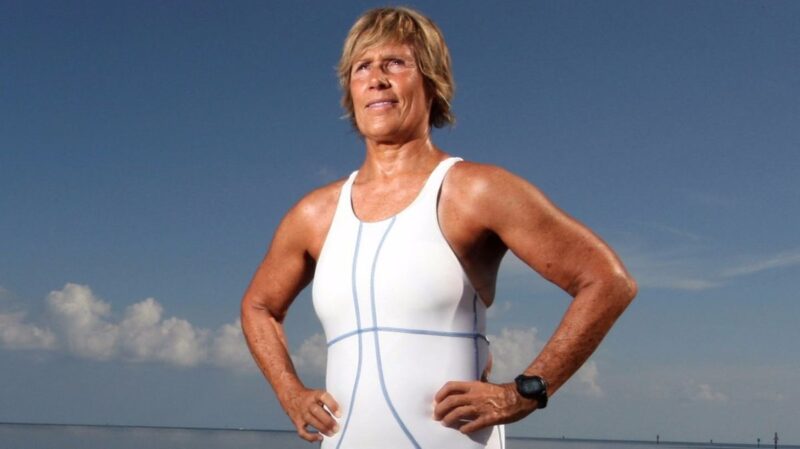 Diana’s story is one of persistence and hard work. While you may see her delivering inspiring speeches today, her distance-swimming records are what made her who she is today. Her net worth as of today is estimated to be around $40 million.

She was the first person to swim from Cuba to Florida (177km) without the aid of a shark cage. She was 64 when she finally managed to pull it off, and it was her fifth attempt. Diana is proof that hard work and persistence can go a long way.

Besides her incredible motivational speeches, she has written four books and founded a company that helps women over 40 to stay fit and healthy.

Overall, she is an incredible woman that has a lot of wisdom to share with the world. Her energy and persistence are something to be admired, so it’s no wonder so many people found a source of motivation in her work.