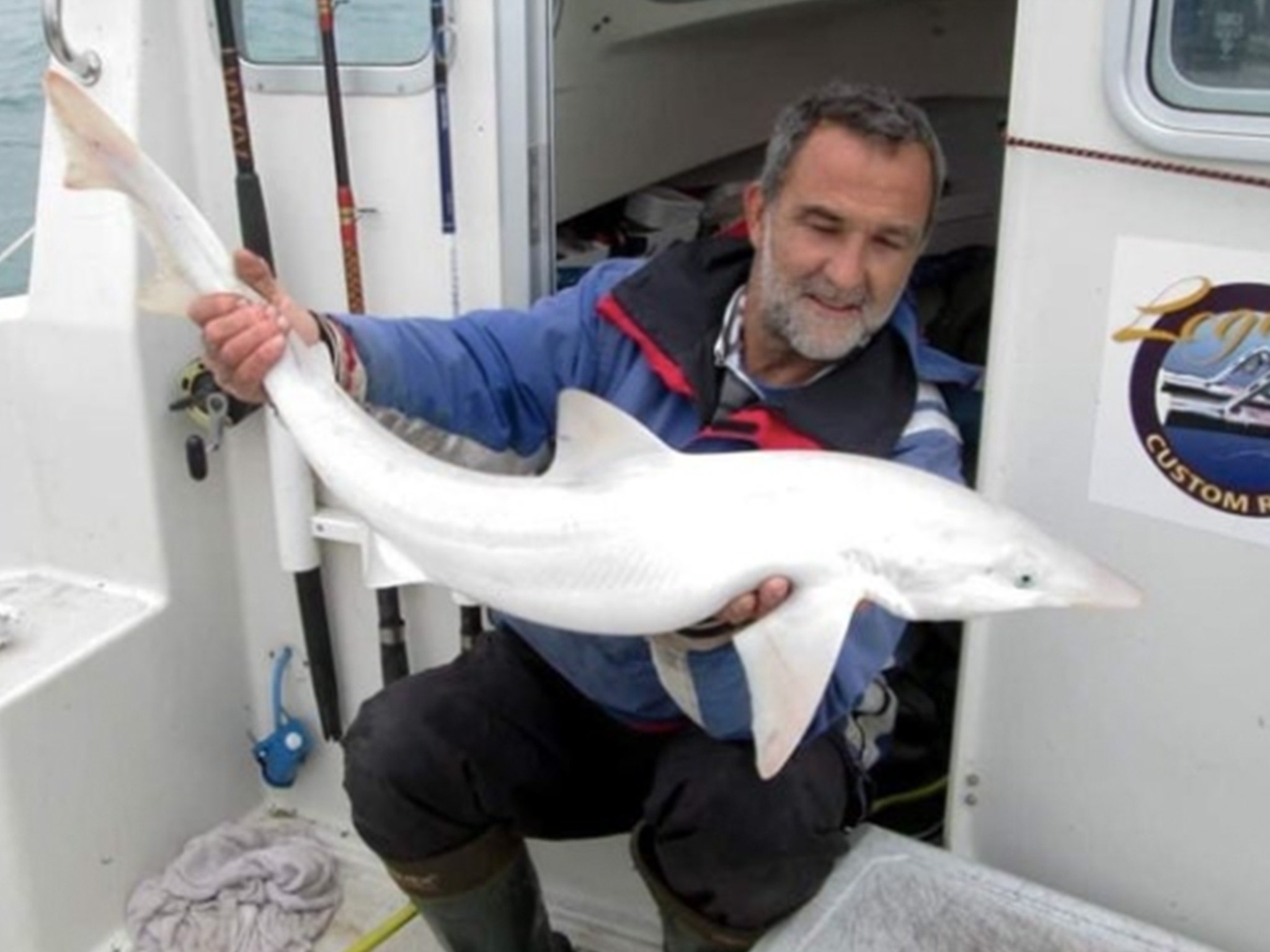 The first-ever albino all-white shark was reeled in by a deep-sea fisherman, who did what he had to do before letting it go back in the wild ... snap an awesome pic!!!

Jason Gillespie of England was fishing with some friends last week off Britain near the Isle of Wight when he caught the 3-foot tope shark ... an entirely white one due to leucism, a condition where the skin loses all of its pigmentation.

Though he says he normally would release a tope shark right away because they are a protected species, he knew this one was special ... so he had to bring it on board for a few photos before releasing it back in the sea.

Jason says they released it quickly though, and it was fine.

Though it's believed Jason's the only person to get proof of catching an albino shark, he says he's heard of another fisherman in Wales who caught one years ago ... but much smaller.

Albino sharks generally struggled to survive because of their color. They don't get the same camouflage while hunting. Apparently, this one has managed just fine so far.